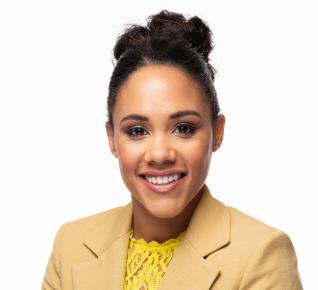 Alex is a former professional footballer, who is now a leading BBC and Sky Sports pundit. Alex signed with Arsenal at age 8 and stayed with the team for most of her career. She helped the club achieve a domestic double of the FA Women’s Cup and the FA Women’s Premier League and was also a key figure in the historic quadruple season for Arsenal in which they won all their trophy competitions. Adding to this, Alex is also the second most capped England player with 140 appearances. Since hanging up her studs and captain’s armband, Alex has become heavily involved in charitable projects, working with Premier League Communities and launching the Sky Ocean Rescue and Premier League Plastic Pollution Challenge. She has also opened The Alex Scott Academy - the first of its kind for women in the UK.