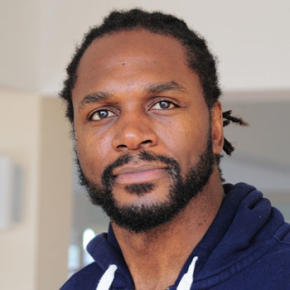 It was during the Sydney Olympics heavyweight boxer Audley Harrison became the first in his category in 32 years to secure gold at the games. With a remarkable winning mentality that has earned him his lengthy list of achievements, Audley is a powerhouse for accomplishing any goal he sets out to achieve.

However, Audley hasn’t always found himself on the straight and narrow. Before entering into the world of boxing, he was in a young offender’s institute after committing petty crimes. It was being here though that led Audley to pursue his incredible boxing career alongside graduating with a Bachelor of Science and being awarded an MBE in 2000. If you’re searching for the push to achieve your goals or in need a moment of inspiration to energise your team, rise up with a knockout PepTalk with Audley.