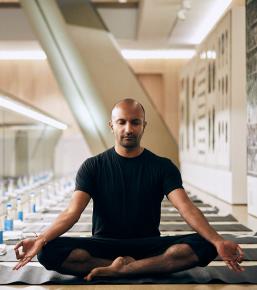 Niraj is an entrepreneur, stroke survivor and one of London's most sought after meditation guides and mental well-being speakers. He has developed science-led, highly practical, "no mumbo jumbo" approaches to meditation, mindfulness and digital balance, designed specifically for busy 21st century lives like his. Niraj has led workshops for Cisco, EY (Ernst & Young), ASICS, Wanderlust, Lululemon, Digital Wellness Europe and The Mayor of London amongst others, and has been featured by Men's Health and The London Evening Standard. In 2010, he suffered a serious stroke at the age of 30, and his interest in health became an ongoing obsession with learning about health, vitality and neuroscience.