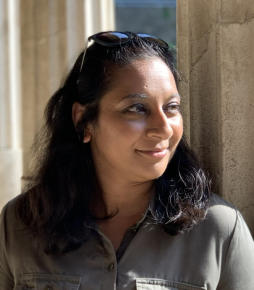 Raksha is a field archaeologist, public archaeologist and broadcaster. With experience in the time periods spanning prehistoric to the Second World War, in 2003, Raksha was recruited by Channel Four’s popular archaeology programme ‘Time Team’ – where she was a regular face on the show until its final episode in 2013. During her ten year stint on the show she excavated well over 100 sites including Westminster Abbey, Holyrood Palace, the D-Day defences and Normandy. Most recently, she has presented the BBC Learning Zone ‘Ancient Voices’ programme on Prehistory, Co-Presented ‘Pompeii’s Final Hours: New Evidence’ for Channel 5 and ‘Digging for Britain’ - Series 7 for BBC 4. Raksha also acts as an advocate and consultant for various arts organisations looking to broaden audience participation by looking at ways to encourage diversity and inclusivity in their environments.