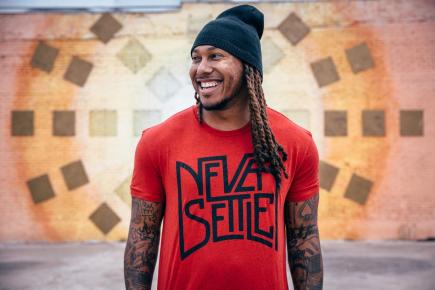 Trent is a former NFL wide receiver and author of ‘The Greatest You: Face Reality, Release Negativity, and Live Your Purpose’. Considered as one of the most impactful speakers of this generation, he reaches over 60 million people weekly through hard hitting videos and unprecedented engagement. While Trent seemingly achieved his childhood dream, the former NFL player’s career ended prematurely, inevitably giving him the space and determination to reevaluate his values and life’s purpose. As a way to hold himself accountable, Trent picked up his mobile phone and began recording two-minute video segments of his daily progress and posting them onto social media – with the hashtag #RehabTime. The engaging, hard-hitting, yet always uplifting messages resonated with millions around the globe. In the years that followed, Trent founded the RehabTime Organization, a Christian-based nonprofit with a mission to serve a worldwide community by uplifting, empowering and demonstrating that change starts from within – through the development of faith, mindset, self-care, relationship building and leadership. If you’re ready to make that change or looking to wave goodbye to negativity then it’s time to touchdown with Trent.