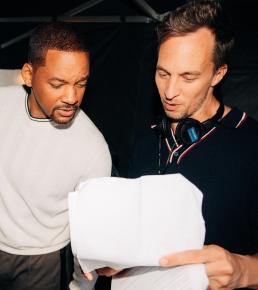 James is an Emmy winning TV Producer with over 20 years experience, mainly in comedy entertainment. In a professional world of TV where it’s apparently not what you know, but who you know that helps you break into the scene, James is a thoroughbred example of how hard work, skill and determination can get you to the top and working with the biggest names in music and in Hollywood.

A career that started working as a runner at the BBC that took him via MTV to the Late, Late Show with James Corden, James is a guy who has shown that if you put your mind to it, you can go from making the tea on work experience all the way up the career ladder to hanging with Tom Cruise and winning an Emmy.