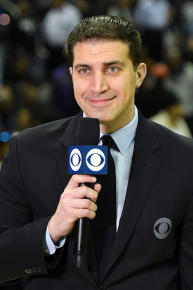 Making Self-Confidence Your Superpower
How to Deliver a Killer Presentation
Lost in Translation: How to Be Understood

If Jon doesn’t know about something that’s apparently happening in college basketball, it would be a safe bet to say that it isn’t happening. Since 2010, Jon has been a college basketball insider for CBS Sports Network and a contributor to the CBS Television Network since 2016.

Prior to joining CBS Sports, Jon worked for both ESPN Radio in New York, as well as MSG Network, where he served as college basketball insider from 2007-10. A multi media vertical sports journalist, Jon has worked himself from the bottom of the pyramid to the top and can help aspiring journalists to do the same.