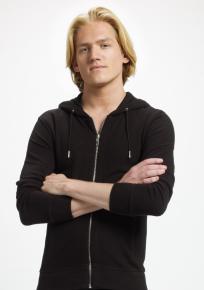 Richard is the instantly recognisable star of E4’s cult hit series, Made in Chelsea. Richard’s appearances on the show have focused more on his business ventures and futuristic ideals rather than his personal life and have highlighted his passion for invention and technology. He is a director of a number of companies in the technology and energy sectors. A born entrepreneur, Richard started his career at 16, launching a prepaid credit card business and at the age of 25, Richard co-founded IonCore Technologies - a manufacturing business that has recently been credited with designing and supplying rapid prototyping facilities to Airbus and other European Aerospace giants. Richard has also founded a Wearable Tech company which in 2015 became an official sponsor of the Lotus F1 team. With a passion for Science and Technology, Richard has devoted the last three years of his private life to the study of Thermonuclear Physics, where he has invested in his own training and tuition in this sector. He has also served as a guest lecturer to Imperial College's MSc Business Development course.