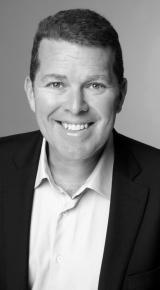 Alden grew up on a small farm, in a small town in central Massachusetts. His first dream was to graduate from the United States Naval Academy and undergo Navy SEAL training. He first became a nationally-recognized rower before serving with distinction as a Navy SEAL platoon commander no less than three times. A natural born doer, after leaving the Navy, Alden became an entrepreneur, leading his first company to $90 million in sales in just three years, becoming an Inc. 500 CEO. The secret to his success? In one word; persistence. That’s right, Alden learned that if he could become fully committed to driving change each and every day, he would achieve significantly better outcomes. Alden was particularly persistent about learning from his failures. He has codified his most successful leadership practices in his C.A.R.E. framework (Connect, Achieve, Respect, Empower) that he teaches to companies and leaders across the globe. To no one’s surprise, Alden’s motto is, ‘To lead is to serve—and to serve is to care.’ He believes success is available to everyone, not just a chosen few. If you’re looking to expand your leadership impact, then it’s time to learn from experience with Alden.