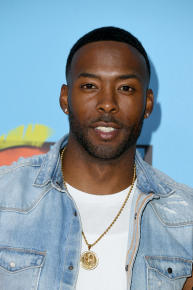 The epitome of perseverance, Andrew took a unique path to success. Standing only 5’7, the former jet-heeled NFL wideout set out on an improbable journey to the top of the game, that included working as a caddy, factory worker, Detroit Lions player personnel intern, starring on SpikeTV reality competition 4th and Long, and playing in the Canadian Football League. Three years after his college graduation, Andrew finally landed a spot in the NFL big time, and went on to play seven seasons for the Cincinnati Bengals, Cleveland Browns and New England Patriots. Since retiring, Andrew has made the national news for his stances on social justice issues and has been invited to Capitol Hill numerous times to discuss law enforcement and community relations issues with members of Congress.