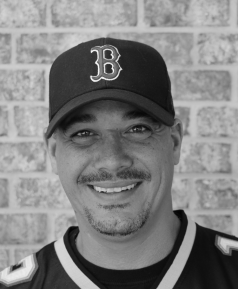 Screw It, Just Do It
Elevate Your Game
Goal Get 'Em / Goal Getting

‘‘Boston Rob’ is a proud family man, adventure seeker, entrepreneur and of course a Survivor. Boston Rob is the first and only six time participant on the hit CBS show, Survivor, and the ‘Sole Survivor’ winner on the show’s 22nd season ‘Survivor: Redemption Island’. He’s also appeared twice on ‘The Amazing Race’, along with his wife Amber, winner of the 2004 season of ‘Survivor: All-Stars’. In addition to these two monster reality shows, he has appeared on and hosted a number of other shows and has developed and produced a wide variety of projects over the years and is a renowned poker player. The author of ‘The Boston Rob Rulebook’, Boston Rob is a no-nonsense kind of guy that has lived his life by a set of rules that have helped him reach the career heights he still enjoys to this day. No matter what island you find yourself on, if you want to learn how to take the initiative, starve your fear and feed your motivation, then line up a PepTalk with Boston’s ultimate Survivor.