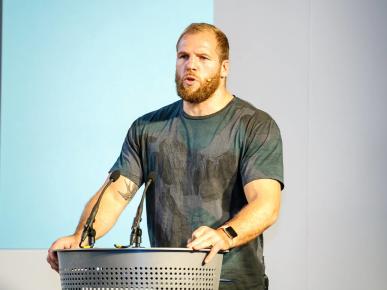 James is widely acknowledged as being one of Rugby’s more interesting, vocal, and larger-than-life characters. James has had an impressive career to-date, starting off by being the youngest debutant player in London Wasps Premiership history and then being the only current England International ever to have played in both the Japanese Top League and the Super 15 in New Zealand. He has parlayed his rugby success into an MMA career having signed with Bellator in their heavyweight division. He’s also known for eating a bug or two on ‘I’m A Celeb.’