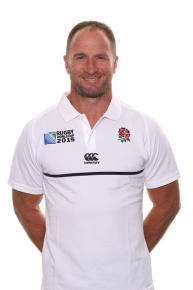 Mike is a retired rugby union player who is regarded as one of England's greatest players of all time. A truly inspiring figure and total professional, Mike played domestically for Bath and London Irish, Catt enjoyed a highly successful, 18 year career in which he made over 300 appearances. Recognised worldwide as a role model for young rugby union players to look up to, Mike shot to stardom while playing his part in England's 2003 Rugby World Cup winning squad. The tough guy went onto being the oldest player to ever play in a World Cup final in the 2007 tournament, where England lost to South Africa. Now a brilliant and inspiring speaker, Mike is available to give the perfect pep for anyone looking to join the elite in their field.