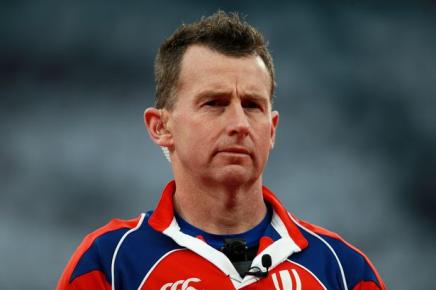 Nigel is a world-renowned Welsh international rugby union referee. He is a key figure of Rugby Union and has been the main man in the middle ever since he first stepped out on the pitch in 1987. Often seen as the calm amongst the chaos of the game, Nigel’s ability to make the right calls at the right time while performing impeccably under pressure has seen him lead an impressive career, and now with the skills he has learned along the way he is proving to have a big influence in coaching corporate leaders to make the right decisions when it matters too. Nigel’s influence doesn’t stop on the pitch or in the boardroom as he is also recognised for his contributions to LGBTQ+ and mental health advocacy, having been one of the first in the male-dominated sport’s history to come out as openly gay. Nigel is also known as a TV personality, as one of the presenters of the S4C Welsh language chat shows Jonathan and Bwrw'r Bar ("Hit the Bar") and hosts his own quiz programme Munud i Fynd ("A Minute to Go"). If you’re looking to learn what it takes to make the right calls when it counts or to bring a more diverse culture to your business, then it’s time to level up with Nigel.