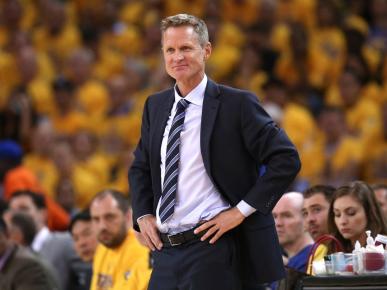 The Shared Purpose
Implementing Change: When the Only Constant is Change
Empowering the Individual for Team Success

Steve’s outstanding basketball career saw him and his team win the NBA championships a staggering five times over his 15 years. Playing under some of the best coaches in history including Phil Jackson and Gregg Popovich, Steve’s career has gone from strength to strength. Retiring from his highly successful career in 2003, Steve sought to give back to the game by becoming the head coach for the Golden State Warriors. Here Steve has driven the team to victory numerous times across three NBA championships, four consecutive NBA Finals and many more. Finding many successes along his impressive journey, Steve has not only won a lot but learned a lot too. If you’d like to develop your leadership skill, learn the secrets of great decision making and get to grips with your own vision, start by taking a seat at the table of champions with Steve.