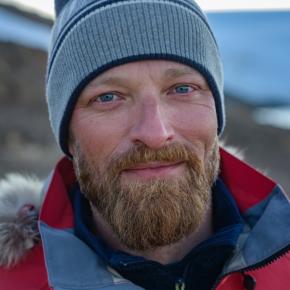 Ben is one of the world’s leading polar explorers, and a record-breaking long-distance skier who has covered more than 7,000km (4,350 miles) on foot in the Polar Regions since 2001. His accomplishments include leading The Scott Expedition, the longest human-powered polar journey in history, and the first completion of the expedition that defeated Captain Scott and Sir Ernest Shackleton, a 105-day round-trip from Ross Island on the coast of Antarctica to the South Pole and back again. Ben is the third person in history to ski solo to the North and South poles, and holds the record for the longest solo Arctic journey by a Briton. His focus is now on enabling and empowering others to live more adventurously. Ben is eatured in ‘TED Talks: The Official TED Guide to Public Speaking by Chris Anderson. He has spoken at conferences: PopTech!, Imagine Solutions & IdeaCity.