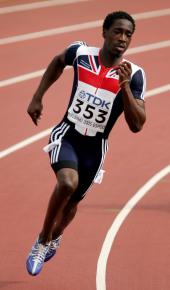 Christian is undoubtedly one of GB’s most successful sprinters. He burst on to the international scene in 1998 aged 19 when he won the double at The World Junior Championships over the 100 & 200m. From here he went on to achieve a great deal in the sport, medaling at the World & European Championships & Commonwealth Games. He also competed at three Olympic Games, finishing fifth on two separate occasions & captained GB at the 2011 World Championships in Daegu. Christian is now a regular face on television, presenting CBBC’s popular Saturday morning show Match of the Day Kickabout, while also presenting BBC Wales popular Friday evening show Sport Wales.  Away from the track and screen, Christian set up a Sports Academy at Newport Stadium, providing young people with expert sessions in running, jumping and throwing, giving them the foundation of athleticism that is needed to succeed. It aims to help build levels of confidence and help young people lead a healthy and fulfilling lifestyle.