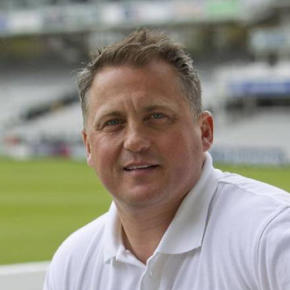 Get Ready, Get Set, Get Success
Positivity in the Face of Adversity
Engage & Inspire for Success

Coming in at number nine on England’s all-time leading wicket-takers in test cricket, Darren and his international cricket career have gone from strength to strength. Amongst his plethora of achievements, Darren scored a hat-trick of wickets against Australia in 1999 and was named man of the series in the West Indies in 2000. Retiring from cricket in 2008, Darren has since gone on to become a familiar voice on the radio and as well as a popular motivational speaker. Here, his experience on the pitch has given him the expertise to teach others the secrets of how to become a great leader, work as a team and maximise success. If your business could benefit from powerful first-hand sporting experience, level up with a PepTalk from Darren.