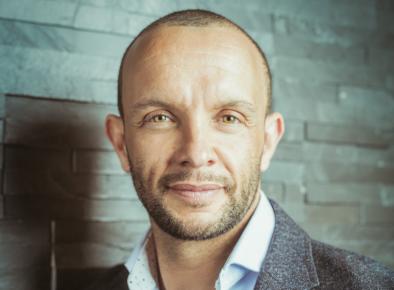 Get Ready, Get Set, Get Success
Getting Back on Track
Realising Your Potential

Jamie enjoyed a career spanning 15 years at the top of world class athletics. His talent was spotted at a young age with the star bursting onto the Team GB scene in 1991, winning the 200m in Spain. In his first year competing over 400m, he was selected for the 1996 Olympic Games and won Silver as part of the 4x400m quartet. He became World Indoor Champion in 1999 and still holds the British Indoor record over 400m set in 1997. Jamie’s jet-fueled career on the track saw him win 11 medals at Olympic Games, World and European Championships and Commonwealth Games. Since retiring Jamie has been a popular presenter and guest on numerous programmes and has also fronted a documentary for BBC One about adoption. The emotional film saw Jamie go in search of his birth mother, with a bittersweet ending that captured the hearts of all those watching and made national headlines. Jamie repeated the journey for the BBC and went in search of his biological father, uncovering more about the black Jamaican community and culture than he ever anticipated. If you’re looking for a double expresso of motivation and inspiration or tips on how to foster a winner mentality, then it’s time you got in the fastlane and leveled up with Jamie.