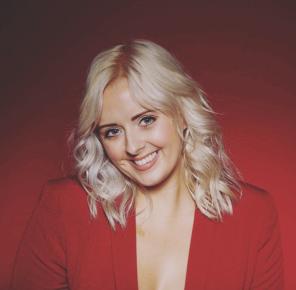 Stop the Stigma: The Importance of Speaking Up
Healthy Habits for a Healthy Mind
How to Deliver a Killer Presentation

Katie is a TV and radio presenter, journalist, and author - best known for her work on BBC Radio 1 and CBBC. After deputising on BBC Radio 1’s The Surgery in early 2017, Katie became the show’s main anchor before being promoted to the coveted Sunday slot alongside Cel Spellman. The pair also host Radio 1’s Most Played show, a music chart. In May 2018, Katie hosted her first film for The One Show, exploring the help and support on offer for those caught up in the Manchester bombing one year on. Katie is an ambassador for charities Place2be and YoungMinds and is currently undergoing mental health training with the latter.