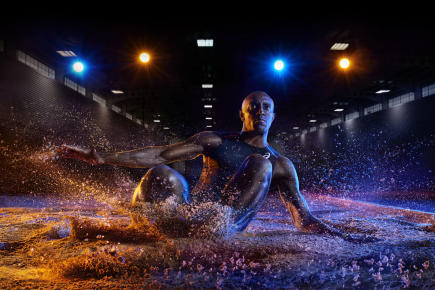 Nathan Douglas is one of the greatest triple jumpers Great Britain has ever seen. He is continually admired for the elegant style, graceful technique and spring. What people didn't know was Nathan was secretly batting chronic fatigue syndrome that came out of nowhere, suddenly he struggled to train, struggled to run, struggled to lift weights, struggled to sleep, struggled to compete and could only perform at 16 metres much to his frustration. At its worst even the simplest activity like jogging, became difficult as his legs would burn like fire and felt as heavy as lead.  Nathan, exhausted and battling these symptoms of M.E., impressively still managed to pull out a big enough jump to just scrape through to the final at the European Championships in Gothenburg. Although tired and heavy-legged Nathan’s faith in his ability to perform under pressure when it matters most paid off leaping to 17.21m, winning the silver medal. Nathan has always had a passion for performance psychology which lead him to achieve a BSc in Sport and Exercise Science (Psychology) from Loughborough University. He is an ICF ACSTH Certified Professional Coach and a Licensed Practitioner of Neuro-Linguistic Programming.