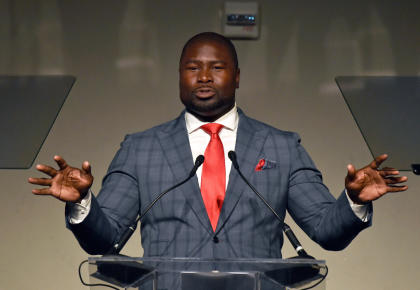 Ovie is an award winning and nationally recognized retired professional athlete, turned environmental advocate. During his nine seasons playing in the NFL, Ovie was considered one of the best fullbacks in the game, while playing for the Atlanta Falcons and the Baltimore Ravens.

Since retiring from the sport in 2012, Ovie has continued to leverage his platform as an environmental spokesperson, advocate and author, media correspondent, and owner of a medical business, ONO Consulting. Ovie has created innovative, fun and enriching programs that leverage sports, technology and entertainment, educating business leaders, influential individuals and curriculum creators on climate justice and opportunities in the green sector.