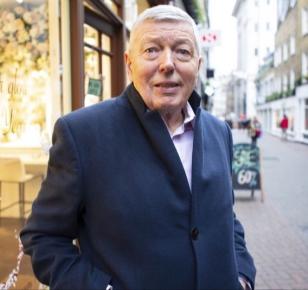 People First
Supporting Your Community: The Bigger Purpose
Plan for the Future

If you could build the ultimate modern thinking politician who stood up for what he believed in and truly delivered for those he works for, then you would have yourself your very own Alan Johnson. The highly respected former Labour MP has been Home Secretary, Education Secretary and Health Secretary while being the MP for Kingston upon Hull West and Hessle. Alan became the youngest General Secretary in the history of the Union of Communication Workers when he was elected to the post in January 1992, and went on to be elected as a Labour MP in 1997. His greatest achievement was his successful campaign for the British Fishermen's Association, which helped secure their claim for compensation, 25 years after distant water trawlermen had their industry destroyed by the agreement that the government reached with Iceland to end the so-called Cod Wars. Away from the front bench, Alan is known for being a Beatles superfan with the likeable muso penning three books; the Orwell prize-winning ‘This Boy’, the acclaimed ‘Please, Mister Postman’ and ‘The Long and Winding Road’, which are autobiographies named after songs written by the fab four. If each working day seems like a ‘hard days night’ and you feel you need ‘help’ with getting your team to ‘come together’ on their decision making, then it’s time for a knowledge bomb of inspiration from Alan to help you ‘get back’ to your best. ​