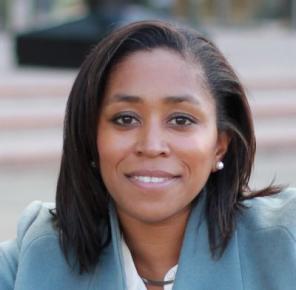 To Ebony-Jewel, being a trailblazer has become somewhat of a second nature. The former English cricketer was the first black woman to play for the England team and also captain the Surrey Women’s team. During her career, Ebony-Jewel was a member of the England Team that won the 9th ICC Women’s Cricket World Cup in Sydney 2009. In the three months following their World Cup win, the team went on to win the ICC Women’s World Twenty20, the Natwest One Day series and also retained the Ashes.

Since retiring from cricket, Ebony-Jewel has gone on to become the first director of Women’s Cricket at Surrey County Cricket Club while also getting behind the mic to be a pundit and broadcaster for the BBC flagship radio programme Test Match Special of which she is one of the first female expert summarisers to commentate on men’s international cricket matches. An inspiration to all of those who have followed her career or listened to her speeches, Ebony-Jewel also hosts a popular fortnightly motivational podcast called ‘The Art of Success’. If you want to launch a tornado of inspiration and motivation across your team, or looking for an all empowering chat about what it takes to lead from the front, then it’s time to level up with Ebony-Jewel.