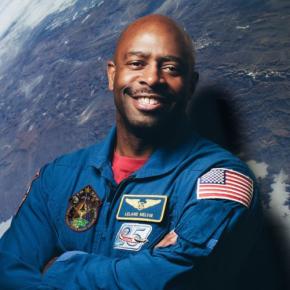 NFL legends like Tom Brady and John Madden may have reached dizzying heights in their football careers, but no player other than Leland has made it into Space. The former Detroit Lions and Dallas Cowboys prospect had his football career cut short by injury, but the setback didn’t stop the ex-wide receiver reaching for the stars. The NFL ball player-turned NASA astronaut never got his shot at the Super Bowl, but he has twice served on board the Space Shuttle Atlantis and helped construct the International Space Station. Leland’s story is one of out of this world resilience. Following on from his NFL career-ending hamstring injury, the rocket man overcame becoming partially deaf during an underwater NASA training exercise and being medically disqualified to fly in space. A man who has truly shown where grit, grace and determination can get you, Leland’s personal journey from the gridiron to the stars makes him a shining example of how perseverance creates opportunities for success. If you or your team are in need of a motivational and inspiring story like no other, then it’s time to level up with Leland.