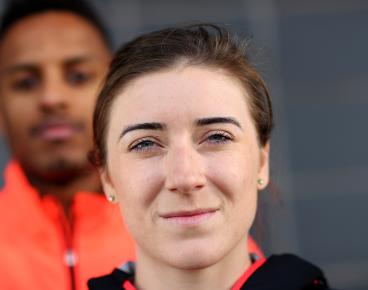 Libby is one of Great Britain’s most successful track and field Athletes. With two Paralympic Gold medals, two Silvers, World, European & Commonwealth Gold, the sprinter is a proven performer at elite level. Libby suffers from a deteriorating eye condition known as Stargardt’s Macular Dystrophy disease, which means she only has slight peripheral vision in her left eye and is registered as blind. The highlight of Libby’s career to date is winning the Paralympic Gold medals for T11 100m in Rio 2016 Paralympics, setting a new World Record of 11.91s in the process, as well the T11 200m where she set a new Paralympic Record of 24.51s (having earlier smashed the World Record with a time of 24.44s). She was awarded an MBE in the 2017 New Year’s Honours List for services to Athletics and Charity and joined forces with her fiancé, Dan Powell working to make the fitness industry and sport more accessible for visually impaired people through his business Ability Training. Her ultimate focus remains the Paralympics in Tokyo in 2021, where she will aim to defend the golds she won in Rio.