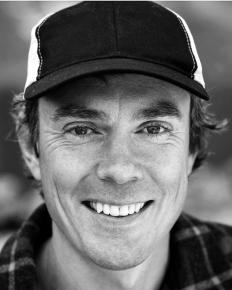 Named one of the greatest runners of all time, Scott has become a living legend. He has claimed victories in nearly all of ultrarunning’s elite trail and road events including the historic 153-mile Spartathlon, the Hardrock 100, the Badwater 135-Mile Ultramarathon, and - his signature race - the Western States 100-Mile Endurance Run, which he won a record seven straight times.

Scott has also taken the running world by storm with his 2015 Appalachian Trail speed record, averaging nearly 50 miles a day over 46 days - and the United States all-surface record in the 24-Hour Run with 165.7 miles: 6.5 marathons in one day.

A passionate advocate for vegetarianism, he follows a 100 percent plant-based diet, which he credits for his endurance, recovery and consistent twenty year racing career. He believes that everyone can run an ultra and everyone can access their body’s innate capacity to heal. Through writing, public speaking and consulting, Scott takes joy in encouraging people of all fitness levels to take the next step toward vibrant health.

So if you are looking to find a way to push through that physical or mental barrier, level up with Scott and get ready to unleash the feeling of limitless joy.