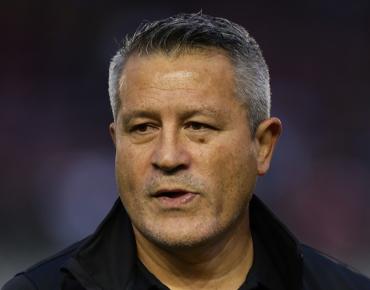 To play for the All Blacks, it is said that you need to eat granite for breakfast and a back row of Australians for lunch. But to have made over 100 appearances for the New Zealanders, you really have to have been a true Spartan-like warrior on the field and the best of the best. Zinzan can proudly say he is one of the very few legendary mortals to have reached a century in appearances for his country, who despite playing in a team of exceptional talents, was a standout forward throughout his long and successful career. In total, the talented Zinzan went on to score an impressive 17 tries for the famous All Blacks, having made his debut at the age of 22, and in fact won the first ever edition of the Rugby World Cup with New Zealand in 1987. More World Cup caps followed in 1991 and 1995, with Zinzan mesmerising crowds in one of the games thanks to a stunning 47m drop goal – not something your average forward is capable of doing. Nowadays, the legend is a brilliant mentor and speaker who educates and inspires in equal measure. If you’re looking to learn what it takes to perform at an elite level or for a shot of motivation from an ultimate warrior, then look no further than Zinzan.