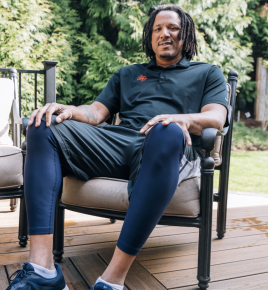 Brian is a former NBA player, known for tenacious rebounding and a fearless attitude on the court. During his 12-year career, he played for five teams including the LA Lakers and Miami Heat, and became a strong contributor to his surrounding communities. His contributions earned him the J. Walter Kennedy Citizenship Award. In 2006, Brian retired from professional basketball and only two years later, was diagnosed with young-onset Parkinson’s disease at age 36. Today, Brian continues to inspire as a speaker, philanthropist and a patient who insists on thriving with Parkinson’s disease. His mission is to help people become their best, even when it seems impossible. In 2013 he delivered a TEDx in Portland called The Domino Effect. Watch here.