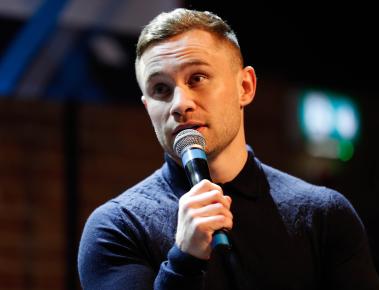 Carl or the ‘The Jackal’, as he is known by his legions of loyal fans, has proven himself as one of the world’s leading professional boxers of his era. On turning pro in 2009, the Northern Irishman quickly climbed the ranks, winning both the IBF and WBA Super-Bantamweight belts, before going on to win the WBA Featherweight Championship . He is regarded as one of the most exciting boxers ever to have graced the ring, an aggressive fighter with destructive punching power, intelligence and speed. He is also very passionate about promoting opportunity for young people, developing the social skills and career prospects of young people through sport. A very likeable guy, ‘The Jackal’ can speak from the heart on the importance of making the right decisions, seeking the support of mentors and being single-minded in the pursuit of your goals.