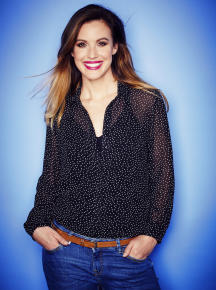 Charlie is an inspirational force of nature. The renowned TV and radio broadcaster, podcaster, TEDx speaker, writer and journalist has worked across the globe for major TV networks, brands and charities in a career full of world firsts. Charlie was the first female football host in Asia and the first female globally to anchor boxing, including a heavyweight world title fight. But that wasn’t to be the biggest fight of her career. In 2016, while taking on the epic challenge of cycling 3000 miles from London to Rio, the star fell critically ill after contracting malaria and three other tropical diseases. Despite being given 24 hours to live and being in a coma for two weeks, the star fought like a brawler and is back doing what she does best. Away from the world of media, Charlie speaks internationally and has been a keynote speaker at the US senate, the UN, African government and UK Parliament to name a few and last year gave a TEDx talk on Post Traumatic Stress Disorder with the NHS. On top of this, she speaks to young girls and women as a female changemaker with UNF project Girl Up, The Female Lead and Inspiring Girls International. The well-loved presenter is a master in her profession and through her own personal battle and her charity work and campaigning around domestic and sexual abuse, should be a true inspiration to us all.