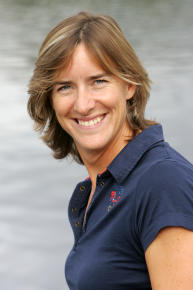 With Olympic silver at Rio 2016, gold at London 2012 to add to her silver medals from Sydney in 2000, Athens in 2004, and Beijing in 2008, as well as six world championships titles in her collection, Katherine is Britain’s most decorated female Olympic athlete and the first British woman to win medals at five successive games.

After a 20 year career at the top of international rowing, Katherine now invests her considerable talents into the role of Chair at UK Sport, the UK’s high performance agency where she is building on the commitment to excellence that she witnessed as an athlete. Katherine is also the host of ‘Medals & More,’ a podcast that goes behind the scenes of British Olympic and Paralympic sport. Kathryn has given talks to Bank of Scotland, Lloyds TSB Bank, The Financial Times, The Sunday Times, Goldman Sachs, Coca-cola and the England Women’s Football Team.