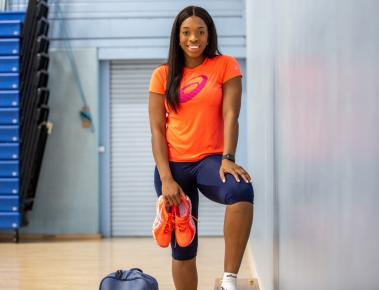 Pivot, pivot, pivot, boom! When it comes to the netball court, Eboni is one of the greatest ever to have represented the Vitality Roses. Since making her international debut in 2008, Eboni, has been a superstar performer for both Team Bath and country. Eboni’s greatest achievement came when she was part of the England side that made history by winning gold at the Gold Coast in the 2018 Commonwealth Games against home favourite Australia. A true legend of the court and courtroom (she's a qualified Solicitor) a real inspiration to all those who wish to get to the very top in their career.