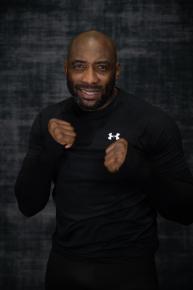 Retired, British professional boxer, Johnny Nelson competed from 1986 to 2005. He is currently the longest reigning cruiserweight world champion of all time, having held the WBO title from 1999 to 2005, making thirteen successful defences. Known as ‘The Entertainer’, Johnny also held the British cruiserweight title twice between 1989 and 1997, and the European cruiserweight title twice between 1990 and 1998. Since retirement, Sheffield-born Johnny has become a popular pundit on Sky Sports and hosts The Gloves Are Off.