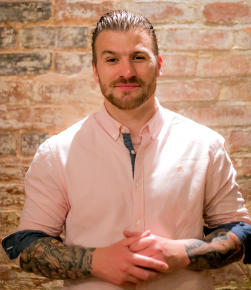 Back in 2012, Josh was seriously planning his suicide. The pressure of the daily grind was spiralling out of control and with it his anxieties had become almost paralysing. But Josh found a way to embrace life and his vulnerability and now is one of the UK’s most influential mental health advocates. Josh regularly speaks on BBC, ITV & Channel 5 news. Josh has also spoken in the House of Commons, contributed to mental health policy and even advised the scriptwriting team on Channel Four’s long-running teen drama Hollyoaks. He has run resilience workshops for village schools and global brands alike, while also working as an ambassador for Nacoa – a national charity supporting people affected by a parent’s drinking. Josh doesn’t believe he is a different person to the one back in 2012. But he is one that now understands that he doesn’t need to mask his emotions and is here to coach you to do the same.