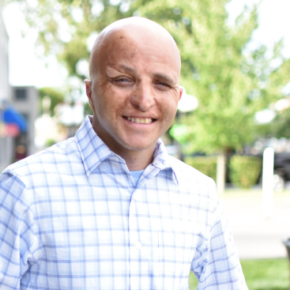 As a young child, Keith had already overcome more than most will face in a lifetime. At just fourteen months old, his mother’s boyfriend heartlessly held Keith’s face against an electric heater, scarring him for life. Not expected to live through the night, he miraculously recovered, but endured years of surgeries to give him a ‘normal’ appearance.

Throughout his young life, Keith was bullied and lonely, leading to years of depression and self-destruction. At the age of 13, Keith began abusing alcohol. The many years of masking his pain led to over two decades of depression, extreme substance abuse, and run-ins with the law. It wasn’t until his 35th birthday when Keith decided to leave behind a life of resentment, take control of his life, and become who he was truly meant to be.

Now for nearly a decade, Keith has used his story of transformation to inspire others. His no-excuses approach to life encourages people and businesses to overcome barriers and take control of reaching their full potential. He teaches relevant and retainable tools to help individuals and groups reach their goals. His message is transformational and capable of touching those at every level of an organization.