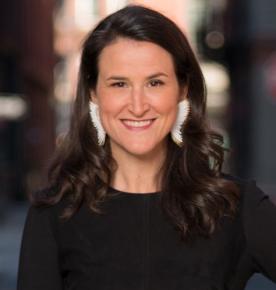 Lydia is global managing director, strategic partnerships and lead benefit auctioneer at Christie’s Auction House. She has led auctions for more than six hundred organizations and raised over half a billion dollars for nonprofits globally. Lydia is responsible for conceptualizing and spearheading the development of the firm’s Global Strategic Partnerships division, which has generated over $25 million in revenue to date and aligned Christie’s with 100+ corporate and luxury brands around the world. Lydia travels internationally as a keynote speaker helping people unlock their sales potential and empowering women in the workplace. She was named one of New York’s most influential women by Gotham magazine and has been featured in the New York Times, The Wall Street Journal, Forbes and Crain’s, and has appeared in Vogue, Harper’s Bazaar, Vanity Fair and Town & Country. Her widely acclaimed book, ‘The Most Powerful Woman in the Room is You’ was published by Simon & Schuster and was optioned for TV/Film by New Form Entertainment in February 2020. Lydia is currently writing The Most Powerful Girl in the Room is You for the next generation of female leaders.