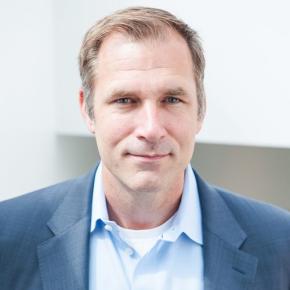 A 20-year veteran of the U.S. Navy SEALs, two White House administrations, and senior executive roles in the private sector, Mike has become a master at helping organizations to develop stronger leaders and improve their bottom line. Hayes has led and learned from many crises, from his service in the SEALs throughout South America, Europe, the Middle East and Central Asia, including the conflicts in Bosnia, Kosovo, Iraq and Afghanistan, to national issues in the White House Situation Room, or to sensitive corporate strategy in the boardroom. Hayes’ last job in the Navy was the Commanding Officer of SEAL Team TWO, which included ten months as the Commander of a 2,000 person Special Operations Task Force in southeastern Afghanistan. A White House Fellow (‘08/’09), he served two years as director of defense policy and strategy at the National Security Council. In the Bush Administration, Hayes was responsible for the START Treaty and conducted negotiations with the Russians in Moscow. In the Obama administration, Hayes led the White House response to President Obama’s first major foreign policy showdown — the hijacking of the Maersk Alabama off the coast of Somalia. Now a highly in demand coach and speaker, Mike draws on examples from his illustrious career to teach clients how to think rather than what to think, how a leader’s job isn’t to make the best decision but rather to make sure the best decision gets made and how comfort with discomfort is a key tenet of high performance individuals and organizations.