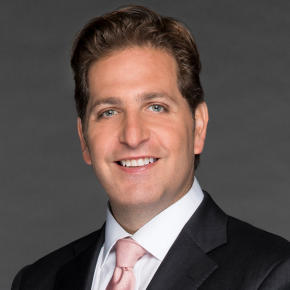 Peter is an award-winning, versatile and accomplished American journalist best known for his work on FOX Sports and the NFL Network, where he has worked as a sideline reporter and national correspondent for years. His celebrated career covering sport has seen him receive acclaim and honours for his work including an Emmy Award for the stellar contribution to Inside the NFL. He also works as a writer for GQ magazine, FOXSports.com and is a co-anchor for Good Morning Football.

Peter is also an accomplished author who has written two books: ‘Strength of a Champion’ with OJ Brigance, and the New York Times best-seller, ‘Out of the Blue’ with Victor Cruz. Quite simply, Peter is a sports reporter that millions of football fans across the globe know, respect and trust. If you’re looking to make your career in sports media, then it’s time to call a timeout and get a teamtalk like no other with Peter.