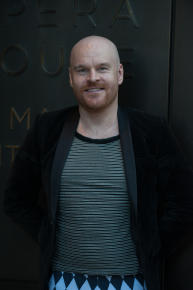 Philip is an award-winning human rights activist and columnist, with a particular focus on LGBTQ issues. Philip’s career began as a successful lawyer in London and New York. But in 2010, his life changed forever when he was diagnosed with both HIV and Hepatitis C. At first a terrified patient, Philip went through an empowering process of acceptance surrounding his diagnoses and went from feeling like an outsider to being the inspiring and fantastic activist that he is today. In 2015, Philip took the step away from life as a well-respected lawyer to concentrate full-time on his human rights campaigning. He is now a trustee of a number of charities and works alongside many others on specific initiatives while holding talks at schools where he discusses his own coming out experiences, living with HIV and about his Christain faith, as he seeks to educate as well as challenge stereotypes. Philip is frequently asked to comment on human rights issues in mainstream print, radio and TV and has given keynote speeches across the country, from Pride events to conferences, as well as to corporations. He can reflect on his own story, current affairs from an LGBTQ/human rights perspective or diversity and inclusion in the workplace. Quite simply a brilliant soundboard and fountain of knowledge, if you are looking to educate yourself or those around you or seeking expert advice from a Stonewall role model, then it’s time to level up with Philip.