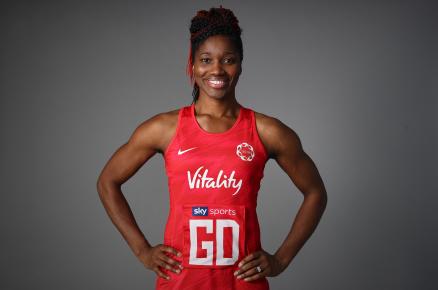 Ama Agbeze has been dubbed 'a marvel of the modern netball world’, having played in Australia, New Zealand and England, and across five positions on the court. Agile and adept, the experienced defender currently plies her trade for Severn Stars, bringing a wealth of knowledge to the Vitality Netball Superleague. A great orator and motivator, Ama was named England captain in 2016 and led the Vitality Roses to their historic gold medal at the 2018 Commonwealth Games. She was deservedly inducted into the England Netball Hall of Fame in testament to her contribution to the sport in England. As an inspiring mentor and speaker, Ama shares her experiences of teamwork, leadership and what it takes to be a winner.