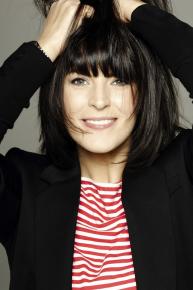 How to Stress Less: Creating Headspace and Avoiding Burnout
Conquering Stage Fright
Lost in Translation: How to Be Understood

With over 20 years’ experience at the heart of British Broadcasting, Anna is an established household name and award-winning writer and presenter. She began her TV life as a journalist on the Big Breakfast, Channel 4’s most successful breakfast show. Spotted for her frank, down-to-earth style, she beat some of the best-known names in British television to front the cult series Love Bites for ITV, From then on, she became a regular on our screens – fronting numerous shows for the BBC and ITV, including ITV’s flagship entertainment series Big Screen, where she met and interviewed some of the biggest names in Hollywood. A trusted and experienced broadcaster, she is as comfortable hosting popular factual entertainment shows such as Channel 4’s headline grabbing Naked Attraction – as she is leading hard-hitting documentaries like Are You Autistic? With a particular interest in lifestyle and mental health, she is the author of two books on food and dieting; a frequent podcast host, and is also a qualified Cognitive Hypnotherapist. Anna is the co-founder of Mindbox – a 24 hour online therapy centre that specialises in supporting people struggling with stress and anxiety.