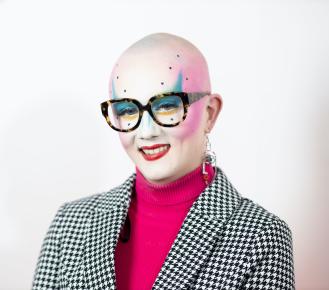 Jamie is an award-winning LGBTQIA+ editor-in-chief, public speaker and model. Their magazine Fruitcake is one of the most impactful and impressive independent reads to grace the shelves of stores in recent times and it came as no surprise when it was crowned the 2018 ASOS Future Talent Communications winner at London Graduate Fashion Week. Since then, under Jamie’s inspired eye, Fruitcake has been sold in countries all over the world including the UK, US, Germany, France, Spain and many more. When not sat in their editors chair, striking a pose, or speaking at TEDxLondon, Jamie is also a highly sought after freelance writer and has penned articles for publications including Cosmopolitan, Gay Times, The Independent and GQ to name only a few. So if you’re looking to get into journalism, gain insight into diversity and equality in the workplace or if you simply want to learn how to disobey, disrupt and thrive, then it’s time to let experience be your teacher and level up with Jamie.