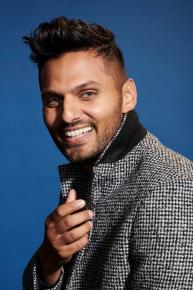 Jay is a number one New York Times Best-selling Author of Think Like a Monk. He is on a mission to share the timeless wisdom of the world in an accessible, relevant and practical way. He has produced over 400 viral videos which have surpassed more than 7 billion views and his podcast, On Purpose, is consistently ranked as the #1 Health podcast in the world. He was named in the Forbes 30 Under 30 for being a game changer in the world of media and has won both the Streamy and Shorty Awards for Best Health and Wellness Creator of the Year. After meeting a monk at the age of 18, Jay sought to redefine personal success. He was inspired by a life of service, impact and passion as opposed to money, fame and power. After graduating with a first-class degree in Behavioral Science from Cass Business School, he turned down lucrative job offers from prestigious companies, moved to India and lived as a monk. He traded his suits for robes, shaved his head, slept on the floor and lived out of a gym locker. For three years, Jay helped build sustainable villages, food programs distributing over one million meals per day and coached millennials throughout India and Europe. Jay received a proposal from his guru who believed he could share what he had learnt if he left the path. Jay moved back to London with his parents, in massive debt with no recognizable skills on his resume. Fortunately, his friends, now working for the largest organizations in the world yet experiencing tremendous stress and pressure, invited Jay to coach them on wellbeing, purpose and mindfulness. It wasn’t long before the secret of Jay’s sublime skills were out, with most of the world’s largest corporations now having the former monk on speed dial. If you want your team to be inspired to be more courageous, compassionate and determined in our fast-paced, stressed out and disconnected world, then it’s time to line up a life changing pep talk with Jay.