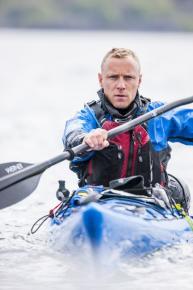 Before Andy graced TV screens across the globe, Andy was a guy who earned a living as a diver, paratrooper and bomb disposal officer. Now known for his underwater exploration and extreme adventures, Andy has presented 14 BBC and one US Discovery series and written over 80 articles for various publications as well as publishing one book. Andy has co-developed and presented Beyond Bionic, a CBBC series where Andy has to attempt to match, if not beat, the superpowers of animals using engineering and ingenuity. But he is an explorer at heart and the darkness of the undiscovered forever beckons.