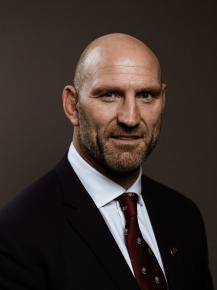 Lawrence is a colossus of a man both on and off the pitch. A true rugby super star, he is regarded as one of the world’s greatest back row forwards of all time. During his 18 year playing career, he was an integral member of England’s Rugby World Cup winning side in 2003 and a legend of the game with Wasps and the British Lions. The day he officially retired he was playing in the 2008 Guinness Premiership Final. He won his last match to a standing ovation with his Wasps team in front of a world record attendance for a club match at Twickenham. Since then Lawrence has focused on charitable causes and working as a TV rugby pundit. His foundation has raised over £10 million for causes including Help for Heroes, Sport Relief, Great Ormond St children’s hospital and the Teenage Cancer Trust. If your team is in need of a shot of motivation from a world beater, then line up some time with the man mountain himself and get ready to be inspired.