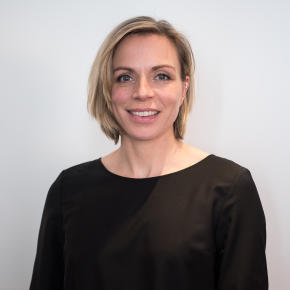 Kate is the most capped female hockey player in her country's history, and was captain of the GB and England women’s hockey teams for 13 years. An inspirational and charismatic leader she has been widely credited for helping build the incredible team ethos and commitment that drove the GB team to a nail biting victory at the Rio Olympic Games. It was a success she shared with her married partner Helen, and in winning gold they became the first same-sex married couple to win an Olympic medal playing in the same team. Having retired from international hockey after Rio, Kate has used her experience to coach while encouraging the grassroots development of the game. An inspiring leader and speaker, Kate also serves as an ambassador for UN Women and the Women’s Sport Trust, supports disability hockey as an ambassador for Access Sport, and sits on the British and European Olympic Athlete’s Commissions.