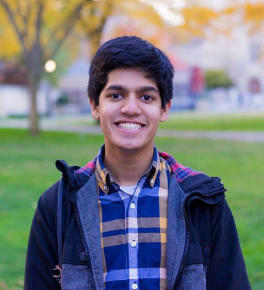 Ziad is an unapologetic American-Muslim-Bangladeshi student activist, entrepreneur and speaker who started up a non-profit organisation when he was in eighth grade. Since he founded Redefy - a teen organization committed to furthering equality in 2013, the organization has grown immensely with hundreds of students internationally on the team and over 100,000 hits on redefy.org. Through Redefy, Ziad has been recognized as a 2017 Global Teen Leader, a High School Trailblazer by MTV, a Top 15 Young Prodigy Changing the World by Business Insider, a Diana Award Winner, and a recipient of the Princeton Prize in Race Relations. A real beacon of encouragement for young people to get more civically engaged, Ziad has already earned himself renowned for his significant work in progressive politics, working for the US Department of State, Hillary Clinton’s 2016 Campaign, Martin O’Malley’s 2016 Campaign while working with Congresswoman Bonnie Watson Coleman in various capacities. As an entrepreneur, Ziad has co-founded JÜV Consulting Inc., which is a Generation Z marketing consultancy. He serves as CEO of the business which focuses on empowering Generation Z with the opportunity to communicate directly with businesses about what exactly appeals to youth. If you’re looking to improve the way your brand interacts with Gen Ziad, or trying to find a way of thriving through turbulence or even looking for ways to better grapple with social media then it’s time to speak to Ziad, the voice of the next generation.