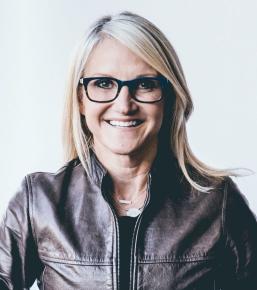 Mel is the international best-selling author of The 5 Second Rule and has received worldwide acclaim for her online courses about confidence, courage, and mindset that have been taken by more than half a million students across the globe. The first print run of her science backed productivity planner, The 5 Second Journal, sold out worldwide within minutes. Her social media platforms inspire more than 60 million people every month and her TEDx Talk is one of the most popular of all time, with more than 25 million views. With numbers like that, it’s no wonder that she’s now one of the most booked motivational coaches in the world. Mel’s extraordinary career also includes being the CEO of a media and digital learning company that serves numerous Fortune 500 brands, while she has also somehow found time to launch The Mel Robbins Show - which we are sure by this point, it won’t surprise you to learn that the TV show racks up on average over 615,000 viewers a week! Her work on behavior change sees her regularly work with the likes of Starbucks, JP Morgan Chase, Microsoft, and now she’s primed and ready to inspire game-changing organizational transformation at your business too.